About One Act Play

One Act Play is BCS' Theater program for Rhetoric School students that nurtures their appreciation of theater arts by encouraging each participant to take on roles of actors, designers, stagehands, and audience members of one-act plays. This style of theater/drama differs from traditional plays as it is much shorter and consists of only one act, which may include several scenes, instead of several acts. These productions usually last between 18 and 40 minutes, but they still include the major elements of a traditional play: theme, character, plot, and dialogue. Due to the nature of One Act Play, students will typically play multiple characters and serve in various roles throughout the production.

Our One Act Play competes annually in the TAPPS competition against similar-sized private schools from around Texas. This organization is a benefit to its participants in developing academic, communication and social skills, also teaching how to use constructive criticism while promoting good sportsmanship.

Photos from One Act Play 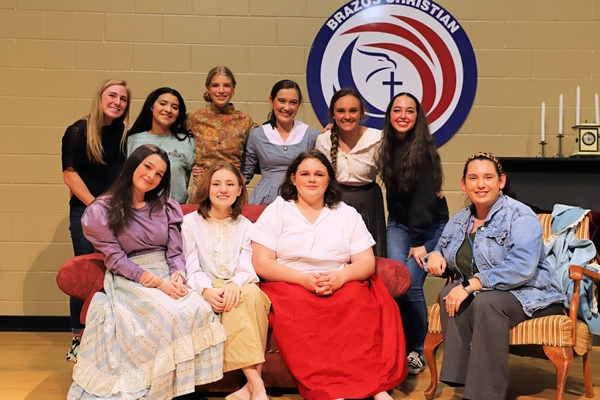 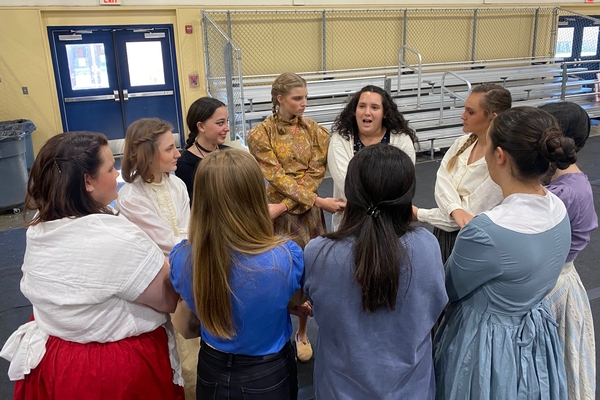 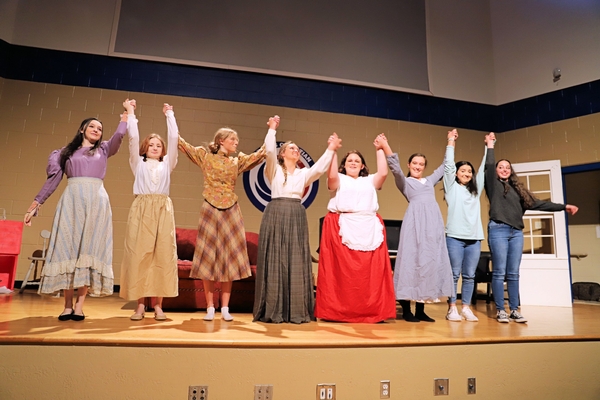 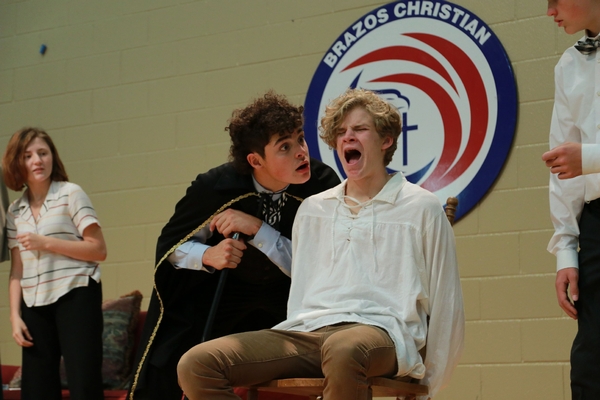 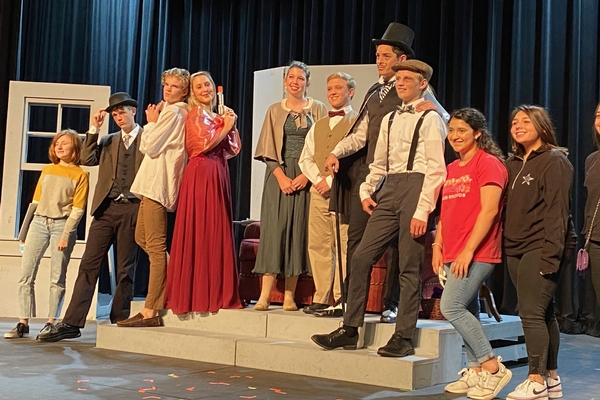 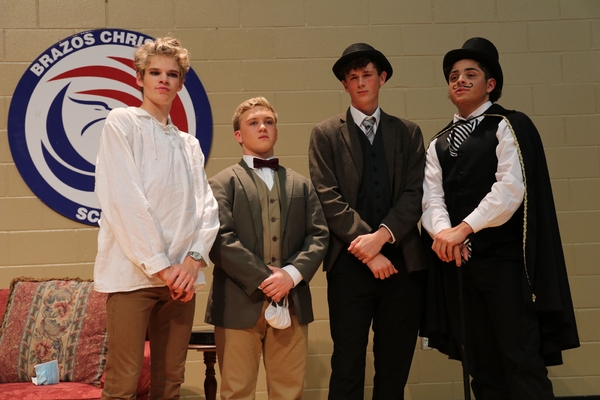